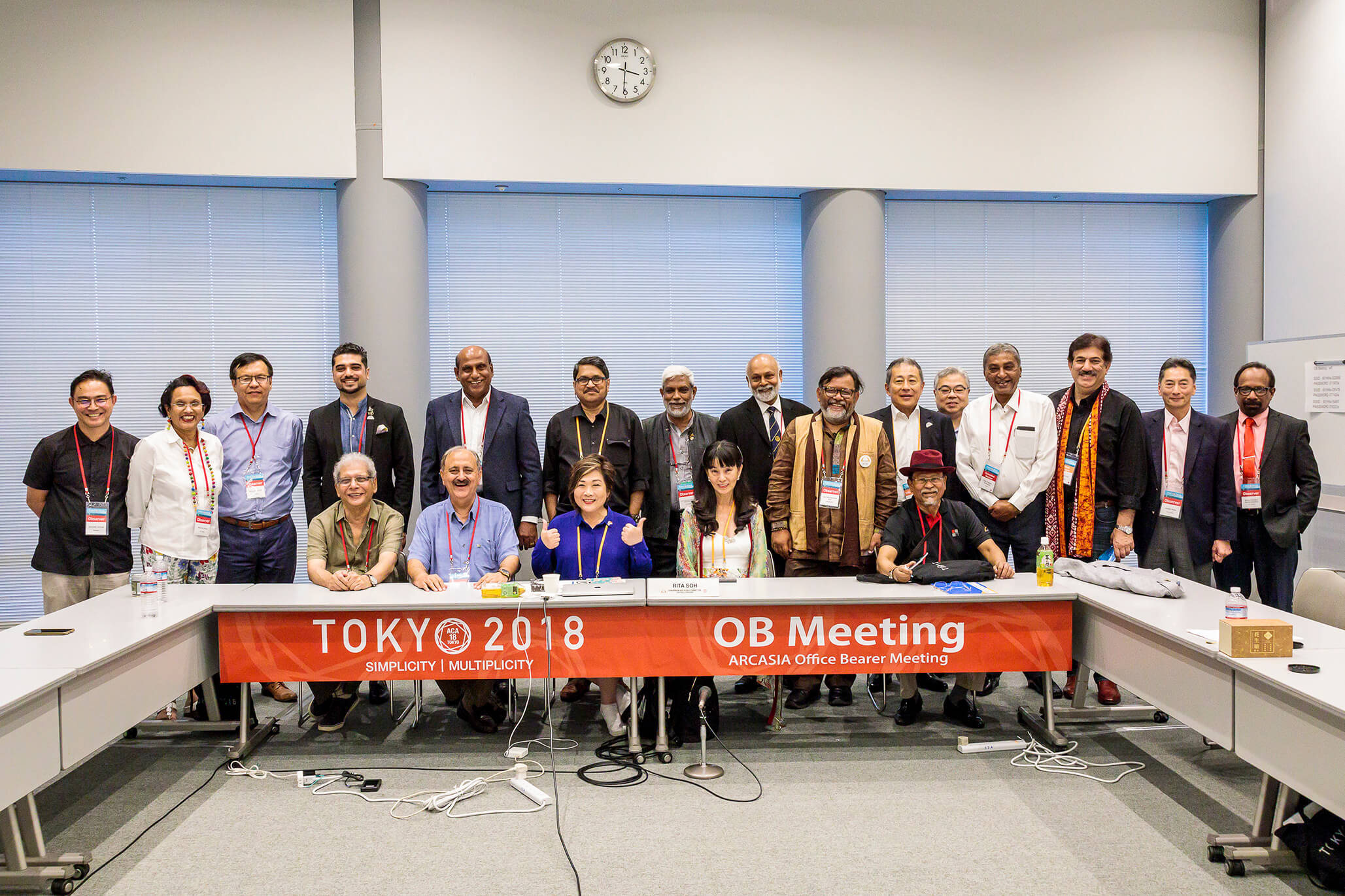 A largest contingent from IAP comprising of 52 Architects and 15 students, led by the President IAP, Ar. Ali Zafar Qazi attended the ACA18. The 5 day program with the theme, ´Simplicity Multipilitycity’ comprised of events starting with ARCASIA Office Bearers, Committee and Fellowship meetings.

The 39th ARCASIA Council Meeting was held on the 11th and 12th of October 2018, in Tokyo, Japan hosted by the Japan Institute of Architects (JIA). The meeting was chaired by the ARCASIA President, S.M. Jahangir Khan (IAP) and conducted by the Honorary Secretary, Ramiz Baig (IAP).

The 39th ARCASIA Council Meeting was attended by the Office Bearers and Committee Chairs of ARCASIA and a number ofOfficialDelegates from 20 out of the 21 ARCASIA member institute. Only the Bhutan Institute of Architects (BIA) was not represented.

The 39th ARCASIA Council Meeting was part of the the Asian Congress of Architecture for the year 2018 hosted by the Japanese Institute of Architects in Tokyo, Japan. ACA 18 was aimed at promoting discourse on environment and the role of architects within the ARCASIA regions and beyond. Key note speeches, symposiums and panel discussions, student competition, student workshops, technical papers, ARCASIA awards ceremony, award winning architectural displays, international networking events, showcase, architectural and urban trip tours were integrated into the 05-day program.

Before the official opening of ACA 18 committee meetings for ACAE, ACPP, ACGSA, ACSR, ACYA and Fellowship were arranged at the Meiji University on 10 Sep 2018. This was followed by a beautiful welcome reception organized by the hosts at Andaz, Tokyo.

IAP Members were represented at ACPP, ACSR, ACAE, ACGSA & ACYA from Karachi, Lahore & Islamabad Chapters. Following are the ARCASIA Committees details and their representatives from Pakistan.

Ar. Amina Qayyum Mirza was the official Committee Member and Ar. Mumtaz Jilani was the observer.

15 students from Karachi, Lahore and Islamabad Chapter actively participated in all the events of the Student’s Jamboree. They bring back with them tremendous shared experiences as well as friendships made for life. The students were led by Ms. Zobia Tanvir from NUST Islamabad who was one of the official student representatives from IAP; the other was Mr.Mahad Rehan from Karachi University.